One morning, while en route to yoga, I questioned why I was even going. My body ached something fierce and my mind was far from finding acceptance with how I was feeling. It was hard not to set an expectation for a “bad practice.” I reminded myself to have an open mind and not judge what was to come. After all, that *is* the point of the practice: the same sequence of poses, done in the same order, 6 days per week unfolding in a new way each time.

The radio played as I creeped along the freeway. I shook my head, surprised to find traffic so heavy this early in the morning. Ahead of me, the clouds (both dark and light), caught just a hint of the sunlight. It was beautiful and immediately made me feel grateful to have slowed down just enough to notice. Just like that, my mind shifted and I smiled thinking how easily the bad can be turned  into something just a little bit better.

As for my practice, I do not recall how far into it before I became aware that I was no longer feeling any signs of discomfort. I guess, like the sunlight behind the clouds, the body to which I awakened also had a few surprises for me. A short while later, even though the pain had left, I told my teacher that I wasn’t sure how deep of a kapotasana I had to offer. A few deep slow breaths into the pose, I felt a sudden wave of release. She had said, “Let go,” and so I did. I let go of fear, my need to protect my heart, and I let go of expectations…at least for a time. And this too was new, for I’ve been holding on to a lot lately.

END_OF_DOCUMENT_TOKEN_TO_BE_REPLACED

During my preparation to teach the class that would ultimately decide if I was certification-worthy or not, I began working on learning the traditional vinyasa count in Sanskrit. Over the years, I have committed to learning the Sanskrit name of the poses in my given practice. For me, it is part of the practice; in a sense, learning the name is like taking ownership of the pose. Although I have made a point to know when and where the inhalations and exhalations occur, learning the traditional count was never something I felt compelled to learn.

Until… I was asked to substitute teach the Led Primary class at a newer yoga studio in the Bay Area. The led class occurs weekly at many studios and serves as a complement to the students’ regular Mysore practice. While the student follows their own breathing pattern during their Mysore practice, they learn efficiency when asked to keep their practice married to the teacher’s count (which may be faster or slower than their usual pace). In this led class, the teacher calls out the names of the poses in Sanskrit along with traditional vinyasa count and, often, not a lot of other verbal cuing. Because the student already knows the sequence, there doesn’t need to be a lot of other direction.

So, I set out to learn it, naïve to the complexity that I would soon face. I quickly learned that it is not as easy as 1-2-3… There are poses which used to begin with a full vinyasa beginning from ekam (1) standing at the top of the mat, arms rise, and so on. These poses now have only a half vinyasa where the count begins with the student jumping through to seated from adho mukha svanasana (downdog) and therefore the count begins at sapta (7). That was the least of my confusion. There were other instances where the count reverted back somewhere in the previous number sequence, sometimes repeatedly, other times only once. After a few days of carefully reviewing various recordings and writings of the practice, I became completely overwhelmed to the point of tears. It wasn’t until my teacher shared with me that “traditional” count was not at all traditional in the sense that every teacher doesn’t call it out exactly the same. She advised me to just learn when and where the inhale and exhale goes for the test out and even upcoming the led class. Then, keep working on learning the count and, over time, it will come.

And, while I don’t believe that learning the vinyasa count makes you any better of a student, I wonder if learning it somehow energetically creates a stronger bond to the flow of the practice in a similar way to my commitment to learning the names of the poses as a way to “own” the poses that are part of MY practice. It’s just a thought. What do YOU think?

The invitation to offer up the benefits of your practice to someone else is not uncommon. When you are going through your own personal struggles, this invitation may feel like an unreasonable request. It is just an invitation. There is no judgment on whether or not you choose to do so. Furthermore, the “offering” is one of sharing rather than a complete relinquishing of benefit.

On Tuesday morning, my head was filled with worry as I stepped onto my mat. Later that day, I would undergo a mammography-assisted needle biopsy (stereotactic needle biopsy) to determine if the abnormal clustering of micro-calcifications in my right breast were cancerous or of any other worrisome finding. While the probability of cancer was 20%, I was not reassured. My mind had already leaped to preparing for the worse — with the positive aspect lying in the fact that most of these cases are early stage (0 stage) cancer with a very good survival rate. If cancer, treatment would likely consist of a mastectomy and radiation. As you may imagine, I had not been sleeping well since being told that the radiologist reading my serial mammograms recommended a biopsy be scheduled as soon as possible.

I brought my hands to prayer and, instead of the opening chant, I simply began praying that  I would be able to face both the procedure and the outcome with a clear, focused, and positive mindset and be able to utilize the abilities I have gained from my daily practice to do so. I thought about a few women who’s battle with cancer had not been going smoothly. Then, I thought about the women who were sitting with the same unknown (outcome-yet-to-be-determined) as me. I prayed for them as well. Then, before I began the first sun salutation, I dedicated my practice these women — praying that whatever benefits I gained would also be shared with them.

Then, I began my practice… END_OF_DOCUMENT_TOKEN_TO_BE_REPLACED

This past week, I got out of bed at 3:30 am as I have been doing every Wednesday for several weeks. The night prior, I had gone to bed early but also got up around midnight to help my boys out so that they could get to bed after a long work day. To be frank, I can’t sleep that well when they are going up and down the stairs anyway — so I figured it would benefit us all. Suffice to say that I was still quiet tired by the time the alarm sounded. Although I could have dropped my youngest at work (at 4 am) and returned home, I sat around for an hour and drove to the yoga studio hoping for a nice long take-your-sweet-time sort of practice.

With my choice of anywhere in the room, being the only one there, I choose the most isolated place in the room to roll out my mat for I already knew that I was not yet ready to socialize. My practice begun with a feeling of contentment, as I enjoyed a quiet similar to when wake before everyone else at home. About 10-15 minutes later, the next person arrived and rolled their mat out right beside mine. I whispered “Hi” but heard nothing in return. Perhaps she was feeling the same as me.

As the room slowly began to fill, I became more and more aware that my body just wasn’t waking up with my practice. In my periphery, I watched the other yogis flow past me in their practices while my tight muscles continued to ache. I kept on breathing and working through it, happy that the room remained dark, and hoping that nobody was watching the goings-on in my practice. And it was okay… until the lights abruptly came on as the assistant arrived. My body tensed up even more until, finally, I opted to end my practice early. I left the room about the time that my teacher arrived. 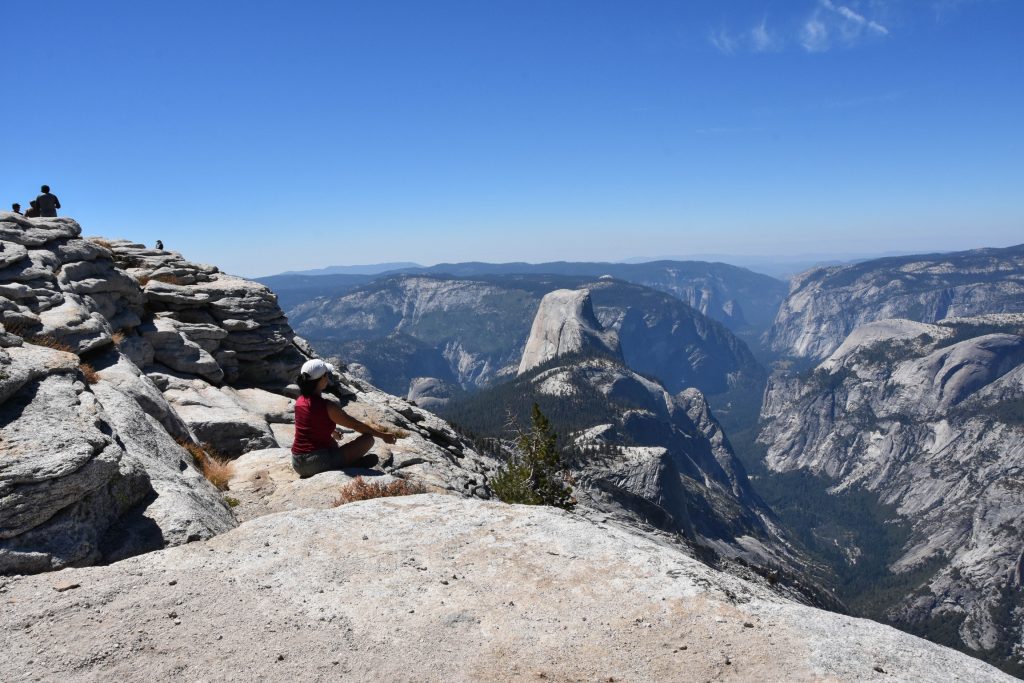 There are days when you wake up feeling stiff, sore, and unmotivated. My Monday was like this. The advice following my morning HRV check was to proceed with caution.  So….I dawdled a bit, contemplating skipping my Mysore Practice all together. Starting on Tuesday, my teacher was due to be away for a week and the following week I would be trekking through the backcountry. I was, therefore, compelled to at least “show up” and do my sun salutations.

Arriving much later than I usually do, I found the Mysore Room surprisingly busy. The rows of mats perfectly aligned in neat little rows like the twelve little girls in one of my favorite books from childhood. My teacher was making her way around the room, helping out when needed, while everyone independently worked through their given practice.

After someone moved to the back of the room to complete their closing sequence, I rolled out my mat in their place in the second row and got busy.

END_OF_DOCUMENT_TOKEN_TO_BE_REPLACED

Posted in Blog, energy shifts
Leave a comment
Page 2 of 2«12