Practitioners of the ashtanga yoga are accustomed to working on their “given” poses until their teacher feels they are ready to add the next pose. A lot goes into this assessment. It’s more than just a mastery of the poses they’ve already been practicing daily. It’s an assessment of dedication, concentration, prior injuries, and overall endurance – among other things. Depending on the next pose, the practitioner may be eager to move on OR they may be hesitant. It is not unusual to be stuck on trying to master a given pose for many years.

It is also not unusual to be stuck on the fact that you haven’t been given the next pose.

While you may fear that you may pass on before being given poses later in the sequence you are working on, one may ask, “Why does it matter?” If you die without ever getting to practice the 7 handstands at the end of intermediate series (aka “the 7 deadlies”), people won’t think any less of you. In fact, they may be less likely to think of you as that crazy lady who used to put her legs behind her neck and do a bunch of funny headstands.

“Let your concern be with the action alone, and never with the fruits of action. Do not let the results of your action be your motive, and do not be attached to inaction” – Krishna 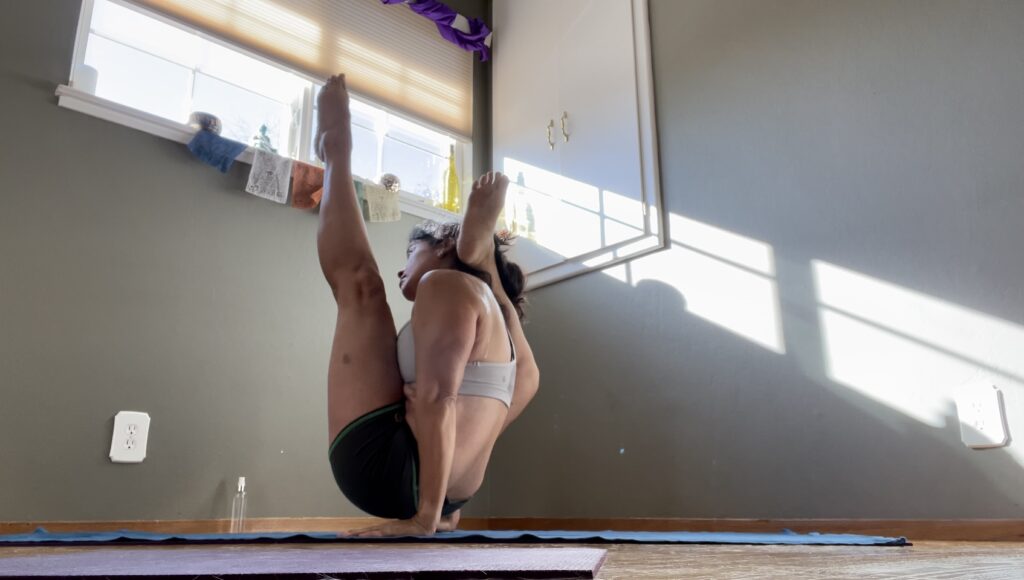 Now, if you still want all of these poses, my advice to you would be to stop wanting them. Do your practice. Milk it for everything you can, and be content with all that it gives back to you. And when you least expect it, you’ll get that next pose – even if it’s the last thing that you want.
Posted in Blog, energy shifts