There are days when you wake up feeling stiff, sore, and unmotivated. My Monday was like this. The advice following my morning HRV check was to proceed with caution.  So….I dawdled a bit, contemplating skipping my Mysore Practice all together. Starting on Tuesday, my teacher was due to be away for a week and the following week I would be trekking through the backcountry. I was, therefore, compelled to at least “show up” and do my sun salutations.

Arriving much later than I usually do, I found the Mysore Room surprisingly busy. The rows of mats perfectly aligned in neat little rows like the twelve little girls in one of my favorite books from childhood. My teacher was making her way around the room, helping out when needed, while everyone independently worked through their given practice.

After someone moved to the back of the room to complete their closing sequence, I rolled out my mat in their place in the second row and got busy. 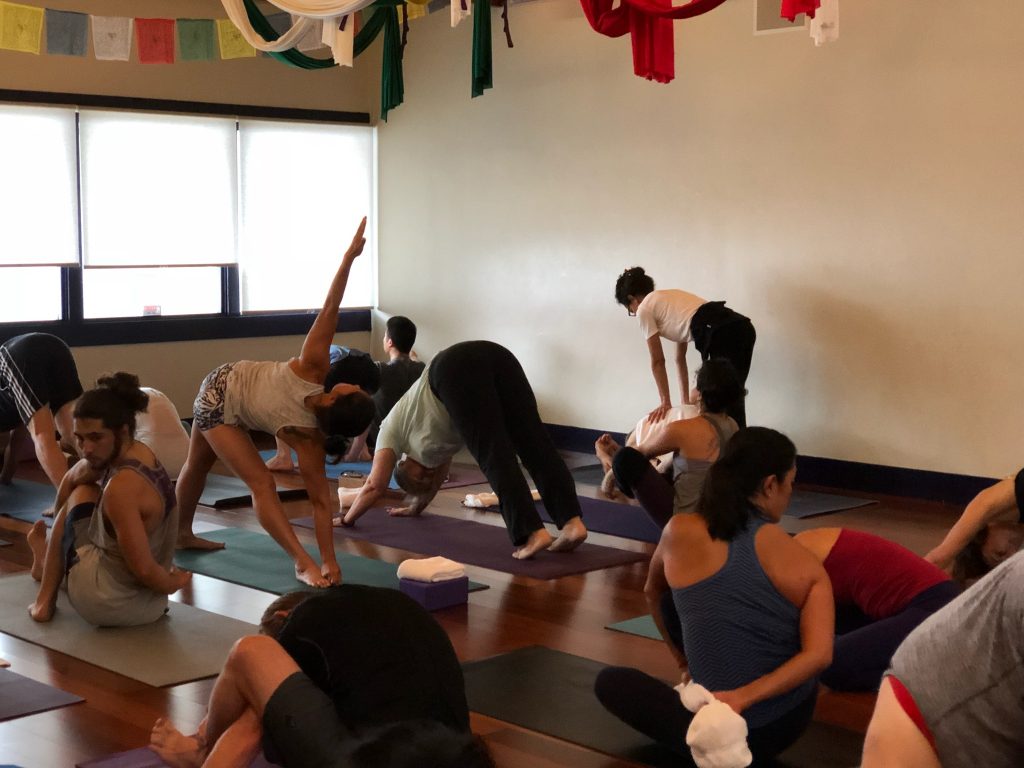 I kept to the count and, before long, found myself setting up for Pasasana. I was pleasantly surprised.  Not only did I think that I would be unable to get through much more than the standing series, I was also able to get through at a much quicker pace than I usually do (or so it would seem). Glancing at the clock, I remembered that my teacher had wanted to assist me in Yoga Nidrasana in a new way than she has in the past. Although I was moving through my practice at a steady clip, I wasn’t sure if I’d get to that pose before the room closed for Mysore. I stayed focused and eliminated the “additives and preservatives” that I often insert on my days-of-uncertainty. In doing so, things just sort of lined up perfectly. I arrived at the pose well before we were out of time. My teacher came over to give me the magical assist which helped to open my tight hips and relieve my back.

By this time, the room was emptying out. No longer where the mats in neat little rows, but the energy in the room was just as sweet as when I first walked in. As for me, I felt great!